“Where will your English take you?” When I was teaching college English I would ask my students that. My question was based on the belief that studying English should get you somewhere.  English is practically a foreign language (others call it a second language) in the Philippines. And I thought at the time there’s little use for it in the country on a daily basis. When the BPO industry reached Philippine shores and took hold for some time, there grew an upsurge of English language training centers, not including those that catered to Filipinos looking to work in the USA, Canada, Australia, New Zealand, and the UK.

Seriously, unless one works at a call center or an international school, what use is there for proficient or superior English in the Philippines?  The law and public service? We’ve seen and heard a superfluous number of embarrassing instances with English in the past. Even as I write this, we see so-called public servants make a clown of themselves in the upper and lower houses.

Which brings us back to the question above.  At  BridgeAus, we make it clear that proficient English is not only for teaching and BPO work, but ultimately it is going to  spell a world of difference in immigration and work overseas. At the moment there are a number of English language proficiency tests taken by people the world over who wish to demonstrate their command of English for work, study, and migration. PTE  Academic (Pearson Test of English)  is one of these tests. Like all the rest, PTE evaluates one’s communication skills in speaking, listening, reading, and writing. But unlike most, PTE offers a well-researched and balanced format that features integrated communication test items.

This makes PTE free from “human interference” as the test-taker’s answers are evaluated and scored by a computer—speaking task answers are checked by a software.  Therefore, PTE’ s degree of reliability is very high. What PTE Academic measures in particular is one’s grasp of English for university, research, graduate work,  and similar pursuits. Which is why since PTE began in 2009 it has become widely accepted by first-rate institutions and universities across all English speaking countries– Yale, University College London, The University of Oxford, National University of Australia, and The University of Sydney, among a host of others. 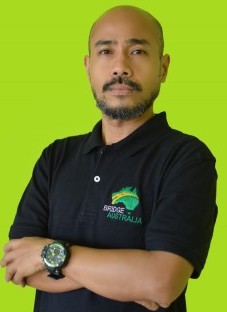 English Teacher/Business Development Manager
Bridge Australia Marketing Solutions
Mel had taught English for many years within which time he wrote three books, all under the literature genre. He has just finished a fourth one–his second book of poetry titled “Cabinet Inventory”. At one time Mel worked as a media relations officer and content editor.

Johanna Bertumen Nonato is a Registered Migration Agent (MARN 1386856) and the CEO of BridgeAus Migration Consultancy (with offices in Melbourne, Australia and Makati, Philippines). Johanna is here to help you unravel your new beginnings in Australia. For inquiries, please email info@bridgeaus.com.au or call 0427-589274. For a free PR visa eligibility assessment, please visit www.bridgeaus.com.au.
Prev Post
Next Post

Copyright © BridgeAus 2013 | Website by Fertile Media.
Back to Top